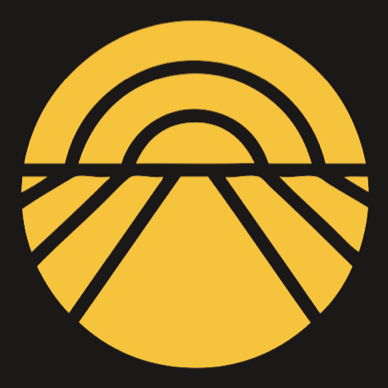 Agrifood chain: a new balance in relations between companies João Vacas | Consultant at Abreu Advogados Decree-Law No. 76/2021 of 27 August transposes Directive (EU) 2019/633 to the Portuguese legal system, which aims to prevent the occurrence of practices classified there as “unfair commercial practices in the food supply chain”. This designation is not entirely accurate in light of national law, which contemplates a regime specifically directed at individual practices restricting trade between companies, which is distinct from unfair commercial practices, aimed at protecting consumers. The Directive takes into account the different negotiating capacity of smaller operators in the agri-food chain, with agricultural producers being particularly vulnerable to large operators and seeks to introduce a minimum level of protection throughout the European Union for small and medium-sized suppliers who sell to buyers from larger dimension. This fact is not unrelated to the fact that the treaties provide for the need to ensure an equitable standard of living for the agricultural population as one of the objectives of the Common Agricultural Policy (cf. art.39.º TFEU). The prohibition of trade-restrictive behavior may not have a direct impact on consumers, but it will certainly tend to hinder the persistence of abusive or less clear situations between companies. Added to this is the fact that there is now a minimum denominator on a European scale, which entails less variation between national regimes, the consequent leveling of protection granted to the weakest links in the agri-food chain and greater equality of circumstances. Portugal was late in transposing the Directive, having done so via Decree-Law 76/2021, which has the turnover of companies as an important element to assess business practices. It should be noted that the legislator was not limited to the agri-food sector, having taken the opportunity to include in this diploma, which amends Decree-Law Nos. 118/2010 and 166/2013(*), provisions of a transversal nature, applicable to all companies , on matters such as the supplier's trade secrets, threats or carrying out acts of commercial retaliation, certain payment charges in the form of discounts, unilateral changes to contracts, order cancellations, among others.However, the focus on the agrifood sector justified the formulation of a specific list of prohibitions as well as another of practices that can only be accepted by agreement between the parties. By way of example, notification of the cancellation of orders for perishable products within a period of less than 30 days before the scheduled delivery is now prohibited, with perishable products being understood as those likely to become unsuitable for sale within a maximum period of 30 days after their harvest, production or transformation, and accept only by agreement the return by the buyer of unsold products, without making payment for these products, or payment for the respective disposal, or both. intends to fail to comply with the dictates of the law placed in the respective action, this diploma does not conceal its deterrent function by establishing relevant fines. The future will tell whether the proposed new balance resists asymmetries and such disparate power relations, as well as whether the changes introduced in the Portuguese legal system fulfill the balancing purpose that motivated them. (*) Note: Decree-Law no. 118/2010, of 25 October, amended by Decree-Laws no. 2/2013, of 9 January, and 9/2021, of 29 January, defines deadlines maximum payment for the purpose of payment of the price in contracts for the purchase and sale or supply of food for human consumption, while Decree-Law no. 166/2013, of 27 December, amended by Decree-Laws no. 220/2015, of October 8, and 128/2019, of August 29, by Law No. 2/2020, of March 31, and by Decree-Law No. 9/2021, of January 29 , approves the regime applicable to individual restrictive trade practices