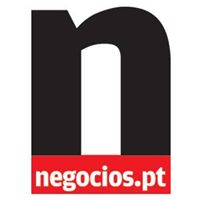 Even more judges and experts leave lawyers in doubt

Even more judges and experts leave lawyers in doubt More judges, more experts and a simplified procedural regime for lower value claims. The proposals for administrative and fiscal justice are pleasing but do not fully convince lawyers in these areas of practice. More judges assigned to central administrative courts and more advisors, the creation of specialized sections and a simplified procedural regime for actions with a value of less than five thousand euros, the so-called "trifles", these are some of the proposals to improve administrative and fiscal justice that are included in the 2nd interim report of the working group that has this mission. For lawyers working in these areas, the measures presented are on the right track, but there are doubts about the ability to turn the tide and decongest this area of ​​justice. "All determinations aimed at strengthening the capacity of the courts to respond in a timely manner are welcome and therefore the reinforcement of the staff of judges and specialized advisors should be welcomed", underlines tax expert Diogo Feiro, partner at Sérvulo & Associados. The same lawyer also sees the "change in the procedural regime regarding matters of lesser value" as positive. However, he has doubts that these measures "succeed in establishing the necessary changes to turn the tide". Tânia de Almeida Ferreira, a partner at CCA Law, also sees the change in the simplified procedural regime for the so-called administrative and tax trifles as positive. "As highlighted in the report, as of December 31, 2021, 13,369 tax lawsuits worth less than five thousand euros were pending decision in the courts", recalls the lawyer. As he adds, as any and all taxpayers have the right to contest a tax assessment with which they do not agree, even if of a small amount, "the desire to create a simplified, deformalized and dematerialized process, faster, less onerous, capable of working remotely, that does not require the same level of formalism and complexity that today is transversal to the entire tax process".The truth is that although health is measured, like Diogo Feio, Tânia de Almeida Ferreira also says she has some reservations about what may come. "First of all, with regard to the possibility of the parties - namely the taxpayer and the Tax and Customs Authority - to deliver a joint petition in which they agree on proven facts, delimitation of the object of evidence to be produced and respective timetable, in order to benefit If a taxpayer would certainly be interested in such an approach - because the costs "come out of his pocket" - I do not see the same incentive for the Tax and Customs Authority, given that the 'pocket' of these costs is everyone's we". legal advisors Abreu Advogados partner Maria Dulce Soares highlights, "as an efficiency measure" foreseen in the report, "the recruitment of legal advisors for the administrative and tax courts, whose work would include, in particular, preparing draft documents, simpler orders, research of jurisprudence and doctrine, allowing judges to concentrate on work where their 'input' is essential". In the opinion of this lawyer, this is a measure that has been a declared intention since 1984, but which was never implemented, being an aspect frequently mentioned by the current President of the Supreme Administrative Court, Counselor Judge Dulce Neto, regarding the deficit of resources. humans in this jurisdiction. "In this case, the passage of time only reinforced the need to implement this measure", emphasizes the lawyer. António Moura Portugal, a partner at DLA Piper ABBC, believes that all efforts made in this direction to relieve administrative and fiscal justice are positive. He immediately emphasizes the novelty of "the creation of a simplified procedural regime for small claims", considering, like the other lawyers contacted by Negócios, that this measure "can be very relevant, because it will allow the process to be more streamlined".